In this blog, I am exploring how traditional views of God have dominated western thinking about the nature of power, sovereignty and systems. I am drawing heavily on three brillaint thinkers: Thomas Jay Oord and his book ‘The Uncontrolling Love of God’, Brad Jersak and his book ‘A More Christlike God’ and my great friend Roger Haydon Mitchell and his book ‘Church, Gospel and Empire.’

I agree with Richard Dawkins that there is an utter God delusion. But I disagree with him utterly about the nature of that delusion, which I will come on to. So much of Western thought has been shaped by “Christianity”, or perhaps more accurately, 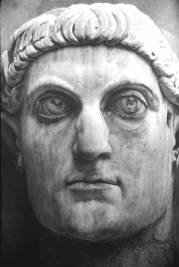 “Christendom”, and has very little to do with the person of Jesus of Nazareth. The dominant story, as we have it now, took it’s shape in the fourth century, under the partnership of the Emperor Constantine, and a theologian by the name of Eusebius. At this particular point in history, the message of Christianity was spreading like wild-fire throughout the Roman Empire and beyond. It very much challenged the status quo and the power dynamics of the Empire, calling for people to change the way they thought about who God is (a loving father, not a dominant emperor), to consider all people equal, to undo economic oppression and follow the radical way of love, partnering with God for reconciliation, healing and peace. This view of God didn’t suit the Emperor, nor the philosophy of Empire. 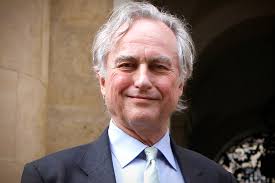 This allowed an understanding to develop that God is actually quite like a Sovereign Emperor who rules the whole world, a God very much like the one Richard Dawkins describes in his famous book – and why would anyone believe in a “jealous and proud of it; a petty, unjust, unforgiving control-freak; a vindictive, bloodthirsty ethnic cleanser; a misogynistic, homophobic, racist, infanticidal, genocidal, filicidal, pestilential, megalomaniacal, sadomasochistic, capriciously malevolent bully” God like that?! No thanks! But this is the kind of God that Empires depend on. This is the kind of God that those with power through the centuries purported God to be like in order to hold onto their own power, making Jesus the great warrior and God the threatening one to be feared. Constantine understood that harnessing the message of Christianity gave him more control. The church leaders understood that partnering with the empire would mean greater safety and prosperity for themselves.

But God is not at all like the caricature painted by Dawkins. As Jesus said, “If you have seen me, you have seen the Father.” God is exactly like Jesus. He is the antithesis of a dominant Emperor. He is a loving, kind, creative, healing, perfect Father, who rather than anihilating us for our rebellion, allows himself to be utterly misunderstood and seemingly defeated by the might of Empire, only to overcome it through love, breaking forever, the power of all that stops us being truly human and inaugurating a new way for humanity – what some of us now call kenarchy, but more traditionally referred to as the Kingdom of God (a term which now has so many other difficulties that it needs reinterpreting).

If God is exactly like Jesus, then he is essentially kenotic, in other words, he is first and 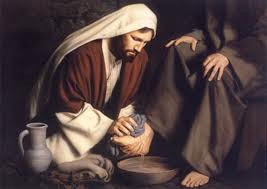 foremost about self-giving, others-empowering love, and therefore he cannot be like the God caricatured by Richard Dawkins, nor can he be a fluffy grandpa, a doting dad, a domineering dictator or an amalgamation of all of these, dressed up as Santa Claus. That means that the Christian scriptures have to be wrestled with and studied carefully with this lens firmly in tact. It also utterly changes the whole idea that Christianity could ever become a “state-religion”, uphold the divine right of kings (or indeed presidents/republics etc that behave in the same ways), or the support the propping up of political ideologies that lead to the oppression of the poor, marginalisation of the other or rejection of any person based on any part of their identity.

For me, the Gospel narrative is not that God made the whole world and we then messed it up, offended his sovereignty and so he needed someone to die in our place so that his wrath could be appeased. No, the narrative is something far more profound and beautiful. Brian Zahnd explains is beautifully in his ‘gospel in chairs’. My faith lies in a God who invested himself in the evolutionary process, creating a world of order and randomness in which human beings emerged, in his image, able to choose how we would relate to God, each other and the environment in which we find ourselves. But rather than choose this way of self emptying, others empowering love, we have time and again made God in our own image of power and self-centred free will. In doing so, we have wrought destruction to ourselves, to one another, to those weaker than ourselves and to the ecological systems in which we live, move and have our being. And this is why we have different versions of God painted through the pages of scripture in our desire to understand what God is like – and we must wrestle with ourselves as we read. What do our interpretations of the bible teach us about ourselves? What kind of God are we looking for?

We had so misunderstood and misaligned our very expectations of what God is like, that he came as a human being, especially as a male, as maleness needs utter redemption from the stereotypes we have created, somehow encapsulating the male and female in one body.

The incarnation is therefore not about God changing his mind about humanity, but about giving humanity the chance to change its mind about who he is and what he is 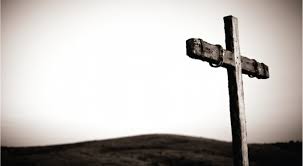 like. This human Jesus, stood at the pinnacle of the Roman Empire, proclaiming himself the son of God in direct contrast to the empires of the day. But humanity did not like this image of God and so we killed him. But in his death, he took upon himself all that is broken in us and in our world and nullified its power, overcoming death through his endless, self emptying, others empowering love, and released the potential for new hope, creation and life. To me, this is the story of salvation, that out of our own selfishness, we can be re-activated into a place of love, in which we are free to choose to benefit others ahead of ourselves and bring this shalom or wellness to those around us, sometimes seeing miracles and sometimes not, because although God is good and more powerful than any other force or being, shit still happens; and because he is essentially kenotic, he is therefore unable to just intervene whenever he feels like it. He is unable to be untrue to his nature and in Him an uncontrolling love comes first.

In the end, if you want to believe in a God who is first of all omnipotent, ie limitless in his power, you can find that kind of God in the bible. It’s a bit like needing a dominating form of government, and world order in which you are free, until you challenge the Sovereign. When this happens, the nice, good, caring government has 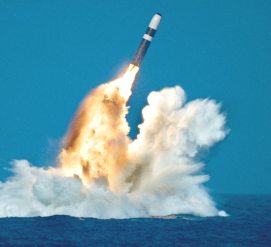 behind it the immense threat of the nuclear bomb, which I suppose you could liken to hell. Our view of leadership, our view of how government should behave, our view of the role of the state is actually pretty messed up, and I am arguing that it is messed up because it was shaped by a very warped view of God, who mostly cares for us, but has the great threat of eternal punishment for those who don’t believe quite correctly. That is not to say that all will be part of a heavenly future, but I would say that those who pursue the way of love are actually following the way of Jesus far more than those who follow the way of their version of the truth. The truth will set us free, but the truth is: (as Belinda Carlisle – that great theologan told us) in heaven, love comes first!! So when people pray the Lord’s prayer – ‘thy kingdom come, thy will be done on earth as it is in heaven’ – this looks very little like our current practices of government or nation states and the ways they behave in the earth.

But if self-giving,  others-empowering love is the ESSENTIAL nature of God, then this must 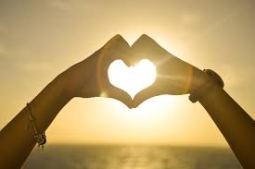 change the way we understand everything. The glory of God is not found in might, power, dominion and sovereignty. No, it is found in his cruciform nature. And if the earth can be filled with the glory of God rather than the ‘glory of empire’, where love is the antidote to fear, joy the antedote to debt, goodness the antedote to control through law and peace the antedote to violence, then together we might begin to taste a little bit of heaven.