My kids love to know who my wife and I are voting for and we want to be a family that talks about this kind of stuff around our dinner table. So we told them “this year, we’re firmly nailing our green colours to the mast”. They didn’t know what that meant, so we told them – “we’re voting GREEN”!

I’ve read a surprising amount of the manifestos of each of the parties this year. Before doing so, I was highly inclined not to vote at all as I feel the political class/system is so out of touch with real life and there seems to be little radical voice in the arena. However, I have become hopeful that the Green party really are standing for some hugely important issues and offering a real alternative.

Here is my summary of why I am voting green:

A New Politics – Caroline Lucas has not been afraid to challenge the status quo. I believe we must find an inclusive, love based politics if we are going to find a new and reimagined future together. I believe the Green party are truest to this hope. I also love the gentle, gracious, intelligent and firm leadership of Natalie Bennett – for me, she was outstanding in the leaders’ debate and held her nerve in the face of the ‘old boys club’. As a feminist, I am passionate about seeing women fully instated in leadership, not just ‘talked-up’. The leadership we are seeing from Natalie and Caroline is of a different order from the brash, bullying, testosterone-fuelled alternatives.

Healthcare – It might surprise some, as a GP that I say this, but for me the Greens have a serious and well thought through health policy. Their health policy is more holistic and more just (for those who need health care the most) than any of the other parties. I have to say, both Labour and the Lib Dems are also saying some great stuff, but overall, the Greens are willing to shift the conversation to where we need it to go – from an illness model towards promoting health and wellbeing.

Education – Our children have become commodities of the economic state. I love that the Greens are talking far more holistically and compassionately about the future of our children.

Environment – It needs hardly be said, but this issue is actually going to kill us and we need some people in government who are going to help us make some massive changes to our energy supplies and the ways we are choosing to live. Their view is comprehensive and holistic. The raping of the earth’s resources and high CO2 levels are far more dangerous than the threat of terrorism. We must face this hard truth and act now.

Defence and International Development – Here we have a dual policy that makes sense. Stop our own hypocritical nuclear arsenal and make for positive peace by tackling poverty in the developing world.

Economy – Huge fresh creation of new jobs in making the world more beautiful through green technologies, massive investment back into the public sector and encouraging those of us more able to be less self-protective and share the greater burden of taxation, rather than crushing the poor whilst the rich get ever richer. I also like that they will hold banks and big business to better account.

Justice – A fresh look at the criminal justice system, with a move towards restorative justice is from my perspective the only way to go.

Voting – I refuse to be told that my vote will be a wasted vote. I am fed up of the arrogance of the system that tells me there are only two alternatives. The old politics is over. We are entering the day of coalitions and finding our way to a wholly different kind of political system. I am voting Green, not to be tactical, not to be pig-headed, not out of fear, but because I believe they genuinely hold the brightest torch for the things that matter the most not for me, but for everyone. We cannot vote out of selfish self-protectionism. We must position ourselves for the future generations and the future of this planet. That is why I am voting GREEN!

I recently participated in an extremely enjoyable conversation about ‘The Parable of the Good Samaritan’ and how we read it/it reads us today. (Read or watch below).

The Parable of the Good Samaritan

29 But he, desiring to justify himself, said to Jesus, “And who is my neighbour?” 30 Jesus replied, “A man was going down from Jerusalem to Jericho, and he fell among robbers, who stripped him and beat him and departed, leaving him half dead. 31 Now by chance a priest was going down that road, and when he saw him he passed by on the other side.32 So likewise a Levite, when he came to the place and saw him, passed by on the other side. 33 But a Samaritan, as he journeyed, came to where he was, and when he saw him, he had compassion. 34 He went to him and bound up his wounds, pouring on oil and wine. Then he set him on his own animal and brought him to an inn and took care of him. 35 And the next day he took out two denarii[a] and gave them to the innkeeper, saying, ‘Take care of him, and whatever more you spend, I will repay you when I come back.’ 36 Which of these three, do you think, proved to be a neighbour to the man who fell among the robbers?” 37 He said, “The one who showed him mercy.” And Jesus said to him, “You go, and do likewise.”

Or Watch it here:

It’s a parable so well-known now, it is easy to let its impact completely wash over us. For me, it and the preceding dialogue poses 3 hugely political issues (by that I
mean how we live alongside our fellow humans) rather than party politics, which I consider to be an utterly defunct system which will not deliver to us the future we are calling for. (Having said that I recognise some people feel called to change it from within, and I am particularly excited to soon embark on the wonderful Caroline Lucas’ new book, ‘Honourable Friends?’)…….

The 3 issues are as follows:

1) With whom does your allegiance lie? Jesus’ challenge is straight – Love the Lord your God with all your heart, soul, mind and strength i.e. are you about loving God and walking in the ways of love or are you about serving Caesar or religion or an oppressive regime or a particular leader or a nation-state or flag?

2) Who is my neighbour? Who is there around me that I could be helping, but am not? Who am I too busy or too important to help, to stoop down to, to embrace? Who might inconvenience my schedule or delay my journey? Who might infect me or make me feel ‘dirty’? Who am I struggling to spend myself on behalf of? And yet, who is the unexpected person doing that for me? 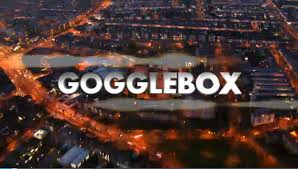 3) Who is the ‘other’ that offends me? I was watching one of my favourite TV shows the other week – gogglebox – absolute genius television! One of the reasons I love it is that it gives me hope that TV, rather than simply nullify our pain, numb us to the real issues, pacify and hypnotize us to carry on business as usual, can actually inspire some conversation, cause to engage with the ‘other’ and maybe even challenge and change our perspectives! One of the shows the goggleboxers were watching, was one about a man I have in all honesty had quite a low opinion of – Nigel Farage. It was a show about him as a person, rather than his (odorous) policies. It challenged me deeply. Nearly all of the people watching him, started out with quite a low opinion of him, but came out the other side seeing him much more as a human being. It is so easy to dehumanize the ‘other’, to ridicule those we don’t agree with and create the great ‘us and them’ divide. But the challenge of Jesus is so stark in this parable. Who is the one you despise? See, they are a human being like you, and maybe not so awful as you might think. (Not an excuse to not debate awful ideas btw!).

I wonder, as we look to the future across Europe, how helpful the vilification of individuals and people groups is? Will it give us a new, love based politics? When we really allow ourselves to imagine the future, I mean really imagine it, does it involve more separation and division?

I wonder, if Jesus told this parable in the UK today who he would cast as the ‘Good Samaritan’? Maybe a male taxi driver of Pakistani origin from Rochdale? Or a school girl from London who has some sympathies for some of the ideas of IS? Perhaps a member of the EDL? PLEASE don’t mishear me. I am not for one minute suggesting that those who did the despicable acts in Rochdale, or those carrying out heinous and barbaric crimes in the middle east, be that IS (or the nation-states bombing the middle east) are “good samaritans”. But if we are not careful it is possible we tar too many people with the same brush. Interestingly, we wouldn’t have an NHS without the 11% of all our staff and 26% of the doctors who come from overseas. Maybe we (who is the ‘we’ – the UK? Europe? Humanity?) are richer together and if we allow ourselves to discover interdependence, we will find some love from very unexpected places and find ourselves embracing those we once thought “beyond the pale” (originally a phrase meaning those in Ireland who lived outside the British boundaries…..)?