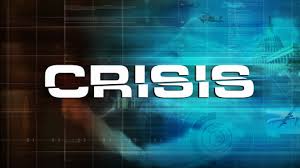 And so it begins……the year of a General election and the NHS takes centre stage. Some serious hyperbole. According to our tabloids we have ‘A 3rd World A&E’! Please! I’ve worked in the developing world and this is nothing. Despite all the rhetoric, the WHO still says the NHS is the best and fairest health system in the world…..so perspective is important.

But is the NHS in crisis? It is, and it’s not just the emergency departments. General Practice continues to be in a major crisis too and so if the answer to the A&E (ED) crisis lies in General Practice then the crisis in the community is doubled! But my ED colleagues are having an horrific time and the answers to the conundrum are not easy ones.

Labour have called for an emergency summit on Accident and Emergency and the NHS in general, as if the writing has not been on the wall for quite some time. Short term solutions will do nothing to create a safe and sustainable NHS, accessible to all.

We do have some hard truths to face in the UK and we have to understand the cost implications to some of the possible solutions. But I do believe there is real hope and that there are creative solutions available. It is time for a revolution in our thinking.

The problems are as follows:

1) We have an aging population with increasingly complex health needs.

2) Our social services at at full capacity and we have a break down in a sense of community in how we care for and love our ‘neighbours’.

3) We have adopted a health philosophy that is about ‘killing disease’ instead of ‘promoting health’. This is due to a combination of far too much power being given to the advertising, fast food and alcohol lobbies, taking exercise out of schools and too much screen time generally for kids and adults alike.

4) We have adopted a way of life that has driven up stress significantly causing a rise in mental health issues.

5) We have deliberately under trained doctors and nurses in this country, relying on free market principles that we could recruit staff more cheaply from abroad, (not caring that we are seriously destabilizing other health economies in the process). In the same way, we are losing many of our young doctors and nurses to other nations who will pay more for less hours (like Australia and Canada).

6) In order to keep the NHS afloat, managing structures in the NHS have become increasingly bullying, creating low morale, high sickness records for staff and a sense of despair. This is turn has a direct effect on poorer care for patients.

7) We have over-medicalised life and given far too much power to the pharmaceutical lobby. Targets have been set which are meaning tighter and tighter control of people’s health with medication, creating ever more health anxiety and increasing illness behaviour.

8) We have developed a sense of entitlement and self-centredness overall, which puts huge strain on systems, especially A&E. There is a huge abuse of the system and misuse of services without consequence.

9) There has been a significant lack of local people being able to be involved in any way with how taxation is spent whilst greedy corporations and banks can act exactly as they please, leaving a lack of investment in healthcare to the tune of several billion pounds.

10) We don’t trust our own immune systems to work and have become over reliant on antibiotics.

11) We are afraid of death and having conversations about it in any kind of mature way. We keep on treating people endlessly with antibiotics in nursing homes, when we should allow people to die (not be killed) in a dignified manner.

12) We have far too much waste and too many barriers/walls within a complex system, leaving key sections of the system in direct competition rather than collaboration/cooperation with one another.

13) Oh yeah, and we had a 2 billion pound reorganisation of the NHS which happened despite a ‘listening process’ which strongly warned against it.

And some solutions-based, hopeful, practical thinking?

1) Change the way we think about health. We have to live healthily and 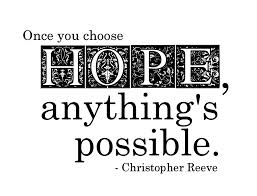 promote healthy living from time of conception to time of death. We need healthy pregnant women, more breast feeding and healthy diets and exercise from a young age. We need to be more responsible….

2) Change the way we think about health. The biggest breakthroughs in medicine by a mile were clean water, sanitation and immunisations. We need to trust our immune systems to do the job they do very well, and care for our selves better before needing to run off to the health professionals to fix us.

3) Change the way we think about health. Try being grateful for the incredible healthcare we already have.

4) Change the way we think about health. We need to understand the impact of our chosen way of life on our physical, mental, social and spiritual health. We have become slaves, the fodder, the raw material of an economic system that eats us up and spits us out, allowing 85 people to hold more combined wealth than the poorest 2 billion on earth. If we haven’t understood that this awful injustice crushes our spirits and therefore our well-being on a daily basis, then we have understood little. The mountains must be brought low and the valleys raised up. It is a proven fact that people are least happy where the gap between rich and poor is widest. The UK has the widest gap in Europe by some margin! We go to work to earn enough money to pay our debts which drive the system. We come home, hypnotize ourselves in front of the TV and return to the same thing the next day, not wondering if we actually destroying the planet, other people and ourselves in the process. And if we don’t live this way anymore? Perhaps we could find more creative ways to live that bring a more beautiful future to the fore?

5) Change the way we practice healthcare. We need to transform tired systems and help them integrate to provide far more stream lined and effective care. The walls between primary and secondary care must come down and new collaboration be found.

6) Change the way we practice healthcare. We need to create a culture in the NHS which is life giving for staff (see earlier posts).

7) Change the way we practice healthcare. We need to allow people to die with dignity, especially in conditions like end stage dementia, rather than keeping people living on and on, just because we can.

8) Change the way we practice healthcare. Involve local people to create a groundswell of change, with a far greater sense of caring for the ‘other’ and our ‘neighbours’ with greater local decision making in how money is spent.

9) Change the way we practice healthcare. We must see a reduction in  power of the pharmaceutical lobby in parliament. The influence of this lobby on healthcare policy and provision is utterly corrupt and has caused much of the unsustainable mess we are in.

10) Change the way we practice healthcare. We must train people more effectively and make the NHS a desirable place to work in once again.

And the list could go on. A revolution in our healthcare system is needed. Transformation is really possible. We must not seek answers which lead to death elsewhere. We have some tough choices and changes to make, but there is so much hope.