“If money, in its simplest form, is about connecting human gifts with human needs, what perversion has turned it into an agent of scarcity?” A great opening question from Charles for this next chapter.

He sets out the following argument: We live in a world of abundance, but we waste and abuse it. Half the world starves, while the other half wastes enough to feed the first half. Vast numbers of people cannot afford food, suitable housing or clothing, yet we pour an unbelievable amount of resources into: war and the

armaments industry ($2trillion a year), plastic junk we don’t use, McMansions serving no real human need, ridiculously sprawling suburbia requiring more and more cars (worsened by poor public transport), huge farm to retail wastage, bottled water (what’s that about?!), child care (gone are the days when we would watch our kids for each other), various goods we never recycle or fix (like lawnmowers or blenders – just how many do we need per street, exactly?!) – the list goes on!

There is so much poverty, but it is not due to a lack of productive capacity. Nor is

it due to a lack of willingness to help. So many people would love to feed the poor, restore nature and do loads of other things, but there is simply no money in it. Yet we are in a situation in which many people have jobs which contribute perhaps to more growth, but not at all to well-being. What if people were not employed to make more and more cars, or lawnmowers or blenders or plastic nonsense, but instead could devote themselves to permaculture, caring for the sick and elderly, restoring ecosystems and other tragically unmet needs?

How are we living like this? Surely the answer is greed?

But Eisenstein argues that blaming greed is an easy ‘get-out clause’, because greed only makes sense in the context of scarcity. The story of our time assumes it – the story of the separate self with competition and therefore greed written into the basic axioms of our biology and economics. But what if this assumption is false? What if greed is only manifest because we perceive that resources are scarce? He quotes some interesting studies which show that people earning less than $25k give 4.2% of their money to charity, but those earning over $100k give 2.7% to charity. But this is crazy. Greed makes no sense in the context of abundance. Perhaps money itself causes the illusion of scarcity?

For something to become an object of commerce, it must become ‘scarce’. As the economy grows, so more and more of human activity enters the realm of money – the realm of goods and services. We pay for things we would never dream of paying for. And most of us have an underlying anxiety that we simply don’t have enough money.

The biggest indication of our slavery to this way of thinking is the monetization of time. He tells the story of a mexican woman who visits her sister in the big city. 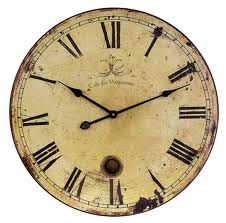 “She has all kinds of amazing time-saving devices, yet when I visit, she is always so busy, she barely has time to talk.” When did time become money? How have we become unable to afford the time?

Scarcity, he argues, is actually an illusion created by the way we handle money. Money (that embodies our cultural story) has turned abundance into scarcity and caused greed. No one can deny we’re in a mess – Peak Oil, overpopulation, global warming, the raping of the world’s resources. Real problems, but the solutions currently on the table to tackle them are too little, too late. How did money in it’s current come to afflict our minds so severely?